I wish to be a chef! | Make-A-Wish Singapore
DONATE
REFER A CHILD

I wish to be a chef!

Growing up, Khalish would spend hours in the kitchen with his grandma learning new recipes and cooking up a storm for his family, which sparked his interest in cooking and ultimately to become a chef one day. Declared cancer-free a month before his 9th birthday, there is no better way to celebrate this milestone than to realise his long-time wish – to be a chef for the day!

A week leading up to his wish day celebration, Khalish spent two hours with Chef Sazali Ahmad from The Black Hole group to brainstorm and create a special 4-course menu. He also learned the nuances of preparing and serving dinner as a professional chef. On the same day, Khalish received his very own chef’s apron to commemorate the start of his chef journey. A few days later, he was presented with his customised Black Hole group jacket – making him the boss of their kitchen for the weekend.

On his wish day, Chef Khalish arrived at The Co-op @ HomeTeamNS Tampines bright and early. He got started right away in the kitchen where he cooked and served his specially designed menu to his family. After working hard, it was finally the moment for him to enjoy.

As the family celebrated his birthday with a customised chef-themed cake, he was surprised by a special appearance from his two most favourite Singaporean celebrities – Chef Bob and Yasir Hanapi, the captain of Tampines Rover FC. What an amazing way to celebrate his wish day!

Making even a small donation can go a long way to inspire hope and deliver strength to these children. With your help, we will be able to achieve our goal of granting 120 wishes to eligible children every year. 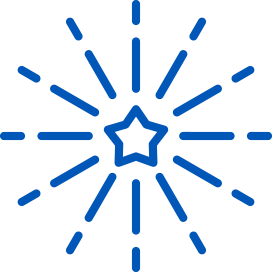